The Council for Trade in Goods discussed 41 trade concerns on measures maintained or newly introduced by WTO members at its meeting on 21-22 April. As part of efforts to improve transparency, the Council considered a revised document on the status of notifications under the provisions of the multilateral agreements that govern trade in goods. Members also continued discussions on the Least-Developed Countries (LDC) Group’s proposal concerning countries graduating from LDC status. The Goods Council elected Ambassador Etienne Oudot de Dainville of France as its new chair. 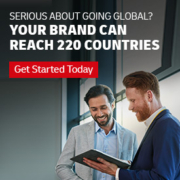